Jean Yann Gahie, now an entrepreneur, reveals his inspirations for studying at CUHK 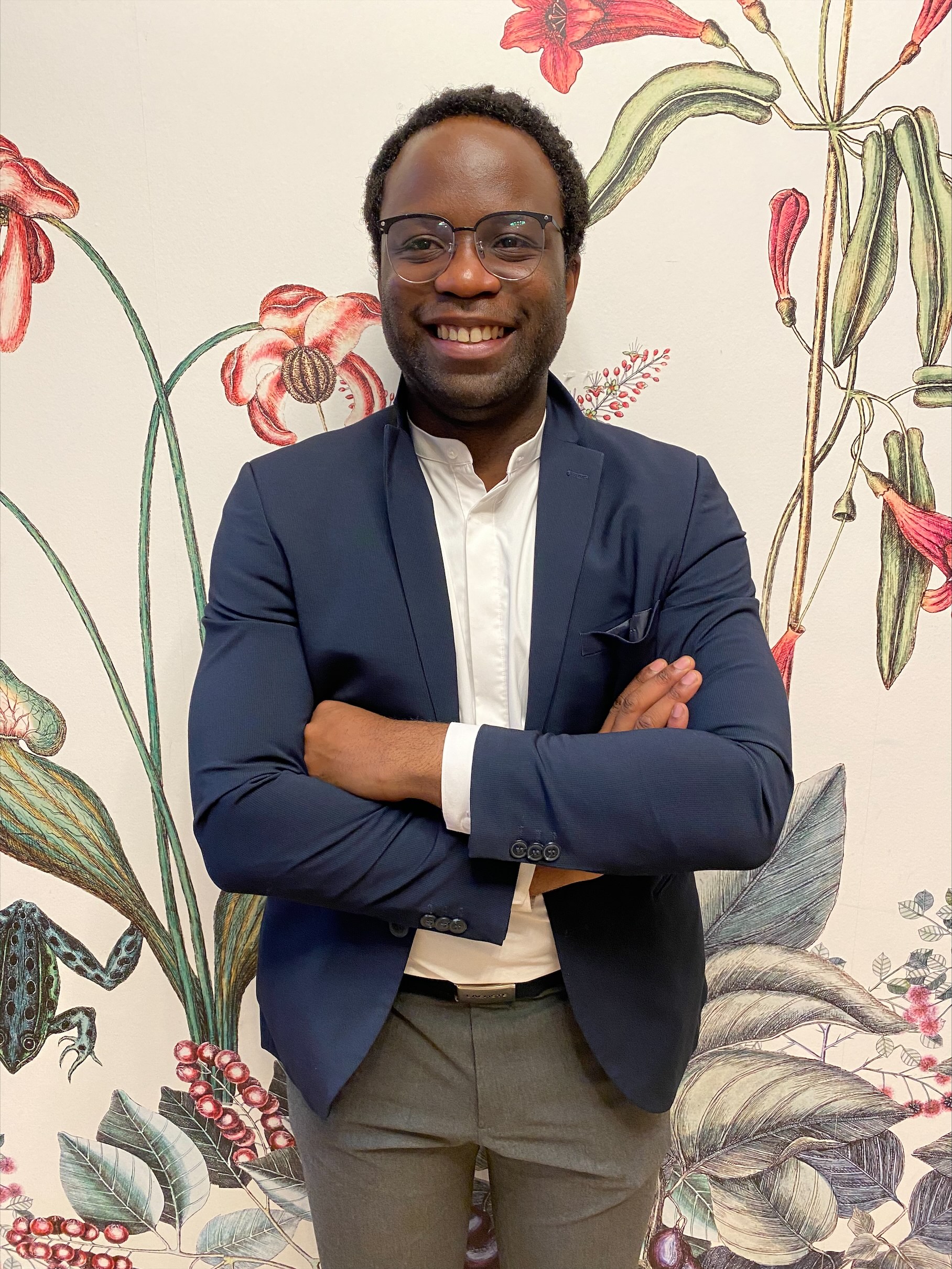 Jean has realized his entrepreneurial dream after two years of graduation, but because of the COVID-19 epidemic, he is unable to return to Hong Kong and is now staying in Paris at home.

Born in France, Jean Yann Gahie (18/WS/Contemporary Chinese Studies) has long been passionate for Chinese culture since he was young. He enjoyed watching TV programs about China’s development, history and culture. He is particularly interested in Chinese characters that evolved from pictograms and Kung Fu, but the distance away from China meant his enthusiasm could only go so far. Eager to get an authentic taste of the Chinese culture, he chose to come to CUHK to read for Contemporary Chinese Studies (CCS), hoping to experience the Chinese culture first-hand and see the unique facet of the Chinese life. After graduating from secondary school, as his peers were planning to study in the United States, he embarked on a different path to pursue his dreams.

Before Jean came to Hong Kong, he was finishing secondary school in London and planning to study business administration in university. His peers had set their eyes on the United States as their next destination, yet he was determined to voyage to the East. “Back in 2012, China was still getting 10% growth year-on-year, it was literally booming. I have always been into the Chinese culture – there was this mystery about the Chinese language, its characters, and the culture, and I wanted to find out for myself,” said Jean. When Jean was asked about his impression for the Chinese people, he said, “You hear about Chinese people being very diligent, disciplined, and working very hard. I am also a hard worker, so I was not afraid of the hard work.”

Jean’s determination brought him to CUHK, and until now, he is still excited about his decision, “Hong Kong is where the East meets West – where the two cultures mingle. Most of my fellows were studying BBA, but I wanted my profile to stand out in the crowd. I found out that CCS in CUHK is a very comprehensive degree, and I can even complete a minor in Business. This was the best decision that I have ever made, and I am still reaping the benefits from that now,” he said. 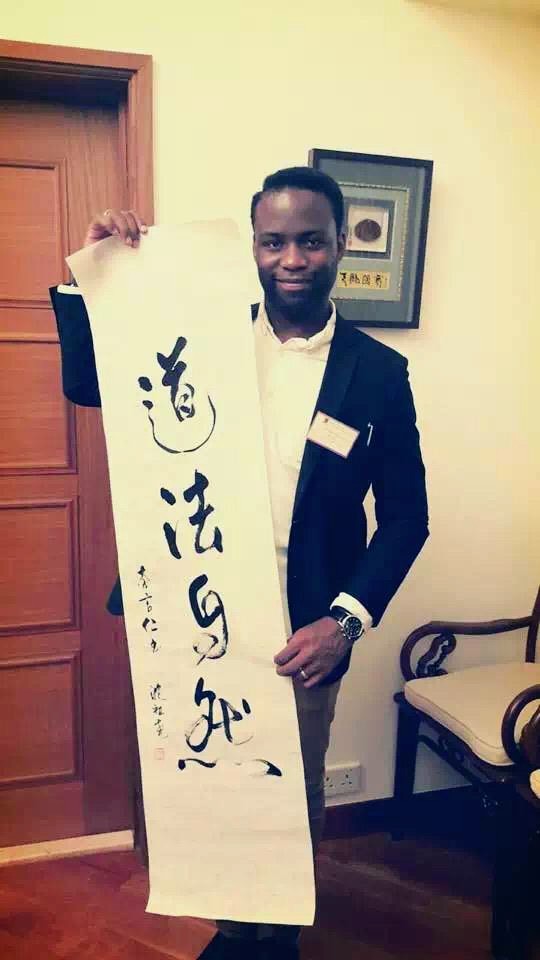 Grew up in the western suburbs of Paris, Jean has always had a slower-paced life. In the first few months of living in Hong Kong, he found it difficult to adapt and was afraid that he would not be able to establish a social circle.

“Change is always difficult. I was shocked the first time I came to Hong Kong. There is huge amount of people, and everything felt so small yet very big at the same time. It was almost aggressive to me because people were loud. There was so much noise, so much going on and the city never sleeps. The weather and humidity were also difficult for me. Yet, the campus at CUHK is very different. It’s like a village in a city – more calming and serene,” Jean said.

Jean also experienced a change of taste. “The food was very different. In France, we have Chinese food, but they are not Chinese food by Chinese standards. In Hong Kong, I discovered a new culinary culture, like Siu Mai, and soon you feel at home with it,” Jean said.

He has a high opinion of the facilities at Lee Woo Sing College, such as the refrigerator in every room. He actively participated in the activities organized in his college, and he can still recall the vivid scenes of the Lunar New Year activity.

“In this traditional Chinese festival, I was responsible for the reception work, these cultural immersion activities mean a lot for foreign students. I enjoyed these activities a lot and I felt very accepted by the locals,” said Jean.

In addition, he discovered the gem of Hong Kong’s natural reserves. He formed a hiking team with local and international students and checked off all the hiking trails in Hong Kong, which have now become a lasting memory. 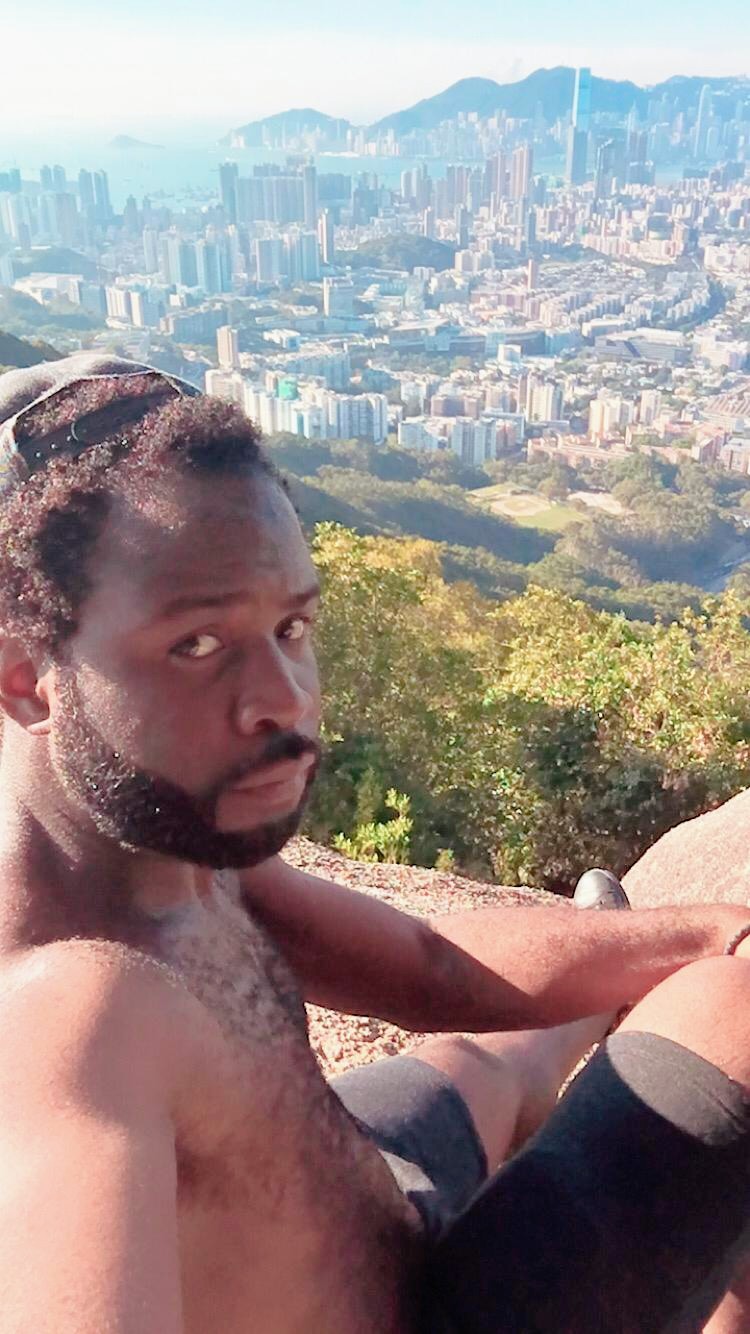 Jean loves hiking and had set foot on all of Hong Kong’s hiking trails. 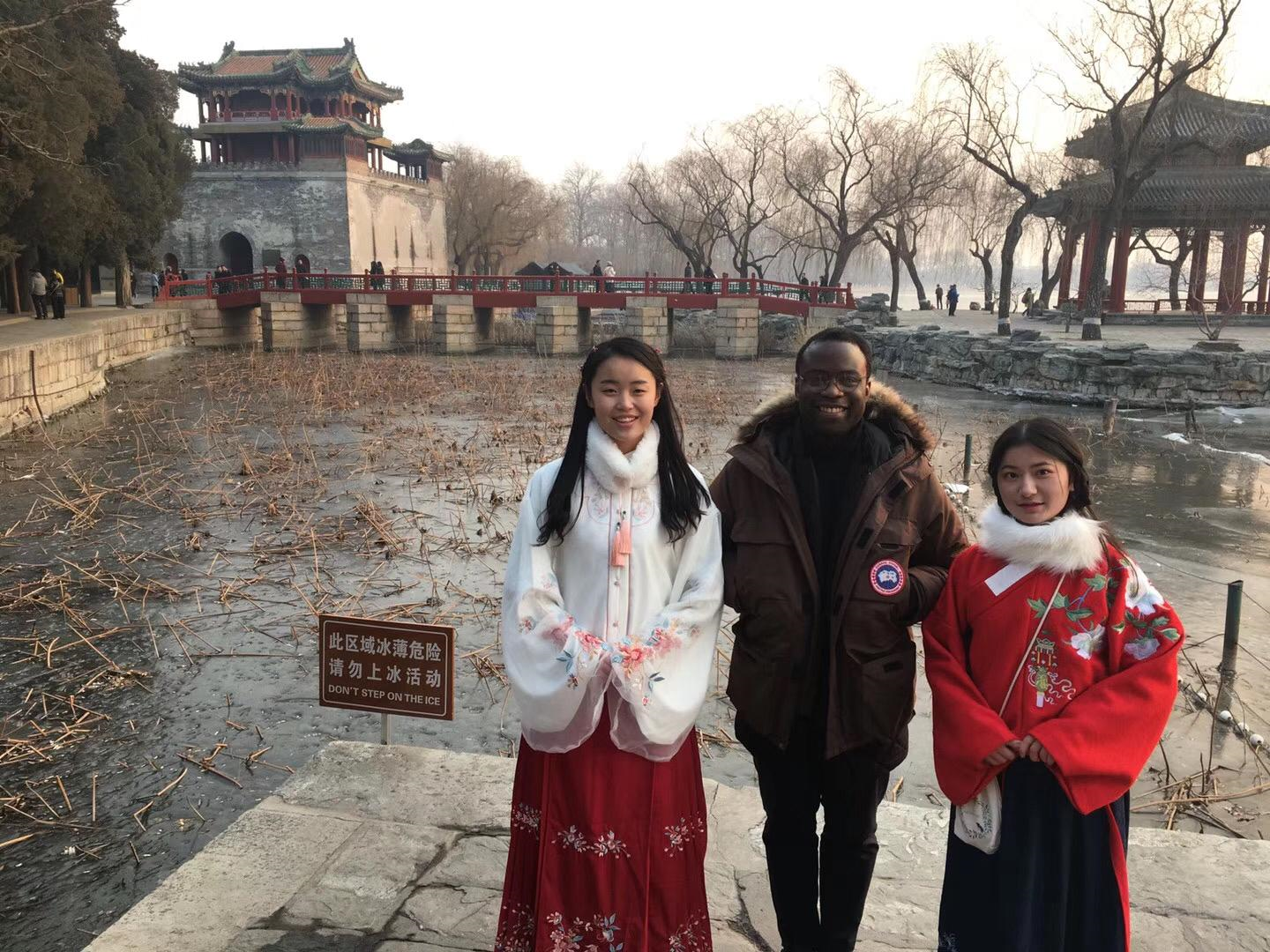 During his exchange to Beijing, Jean learned Mandarin and experienced the Chinese culture and way of life first-hand.

Speaking of indelible people and memories at CUHK, Professor Jan Kiely was the first to come up in his mind. As Jean said, “he was teaching Chinese culture via the history. He knows so much, and I think he knows much more than most Chinese people know about the Chinese culture – from the imperial age to contemporary China. He speaks Chinese fluently, and one of the most admirable things about Professor Kiely is that he loves what he teaches. You can feel it because in a one-hour class, you feel like three hours have passed by – he has so much knowledge to teach. He is one of the teachers that made my learning experience unforgettable.” 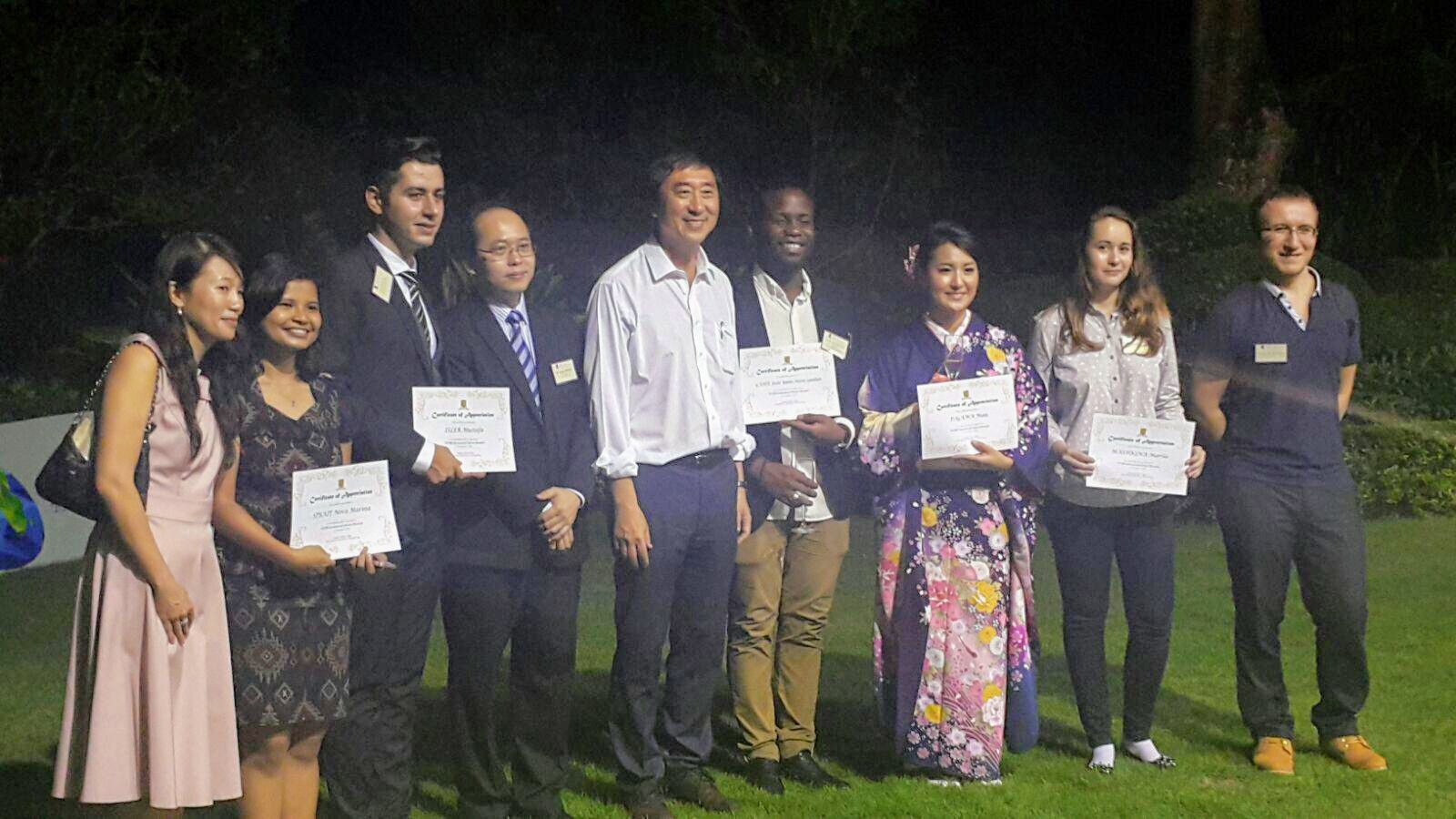 The Talented Entrepreneur in Paris Wants to Be Back in Hong Kong, Struck by COVID-19

After graduation, Jean joined a large firm as a business analyst. During this period, he had the opportunity to network with multiple start-ups, which made him more determined to start a business.

“I have always had the ambition to start my own business. Working in the corporate environment, I knew that it was not the culture I wanted to be in. I want a corporate that feels like a start-up. I want to hire efficient individuals to form a high-value firm where everybody matters. I want my employees to think like they are the business owners, so that they are involved with what the company is doing. Also, I want them to have shares of my business, to have all the benefits of working at a corporate and the productivity of a start-up,” said Jean.

Jean left Hong Kong to achieve his business plan last year back in Paris. He told us why, “I had a lot of my associates calling me onto some interesting business projects in France and find ways to do business with China, so that was the main factor for me to go back to Paris and start a venture capital investment firm. Just when I was ready to come back to Hong Kong, COVID-19 happened. When you’re an entrepreneur, you must turn the bad things into good things, so even though I couldn’t come back to Hong Kong, I solidified my positions in France. The lesson here is – You have to be ready for the unexpected. My ultimate ambition is to come back to Hong Kong,” Jean said. On top of his new business, he started giving back to the society. Under the COVID-19 pandemic, seniors in Paris were not able to receive timely and accurate information about the virus due to lower digital literacy, which caused inconvenience and anxiety among some of them. That is why he founded Paris Numerik Association to bridge the digital divide between seniors and the younger generations.